I don't know if you'll be aware, but Club Zero is celebrating its 4th anniversary in SL this week, which is an achievement in itself in the declining SL club scene. To celebrate, they are having a bit of a gatcha festival, with various different designers providing exclusive gatchas for this period. So today, as I finally have a few days rest from the dreaded night shift, I pulled on a couple of my favourite items from the event- the gorgeous Roxie jacket from The Little Bat, and horns from immateria, and decided to finally venture into sn@tchs' annual horror game (fyi, there are TONS of prizes hidden along the way, which I hope to show some of in a later post!) 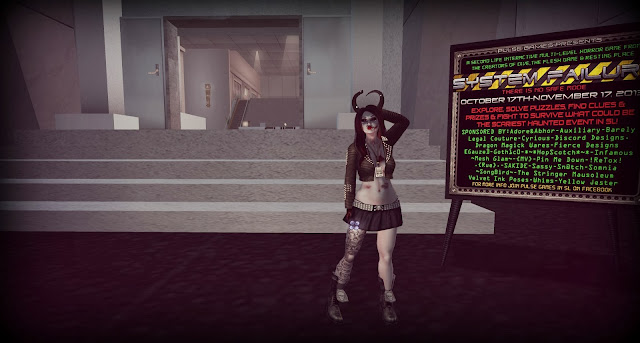 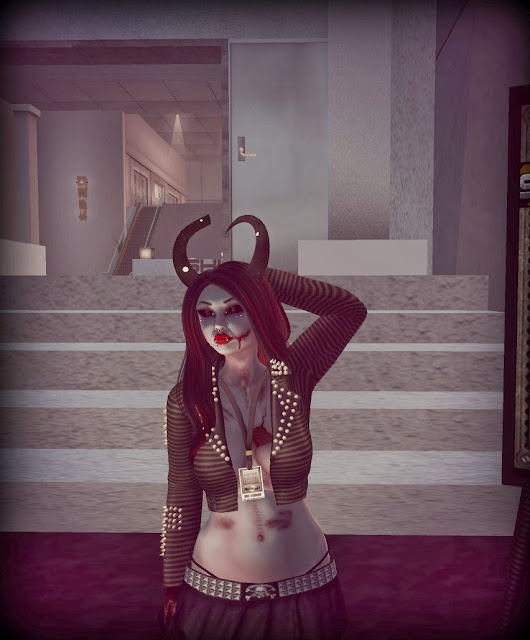 The gorgeous skin I am weairng is by Mystic Canvas, and is currently included in their end of season sale for only L$99! If you want, it go and get it now cus it will not be available after the sale has ended.